PUBG: New State for Android and iOS will Launch Later this Year

The New States will catapult the battle royale ahead on the massively multiplayer genre for a more futuristic take. Set in the year 2051, the game takes place years after the current PUBG games. The new title also has a new map called Troi which promises to bring new future weapons and vehicles. Some of those include drones and deployable combat shields. 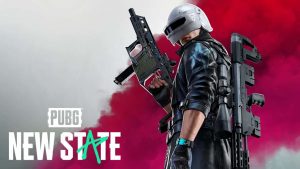 The game’s vibe is quite similar to fellow shooter Call of Duty which is a semi-futuristic military tech.

The all-new version of the game is set to dive deeper into the PUBG universe. The time jump will mean that some of the PUBG characters will have to wait for the game’s release.

With in-game weapon customization options, New State also promises a new game experience that is a little different from the previous PUBG games. These modes will allow players to modify their weapons in a way that sounds similar to Apex Legends’ weapons.

PUBG Studio has promised “ultra-realistic graphics that push the limits of mobile gaming” despite the mobile nature of the title.

The new version will be available on Android and iOS later in 2021.

Twitter in Talks with ByteDance On a Potential Merger

Grab Announced It Will Lay Off 5% Of Its Employees