Huawei Technologies Co., Ltd, a Chinese multinational telecommunications equipment and consumer electronics company, will be announcing their new flagship foldable phone later this month, according to a Weibo post on the company’s official page.

The Shenzhen-based company has named the phones the Mate X2. After Samsung’s new Galaxy S21 Ultra, users will also have an option from another massive company.

Based on the name, the all-new Mate X2 sounds more like a substantial follow-up to Huawei’s last foldable phone, the original Mate X, and the faster and slightly different Mate XS. 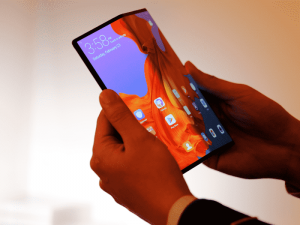 Also Read: Huawei Shifts its Focuses on Cloud Computing as the U.S. Bans its Smartphones and Telecoms Businesses

The teaser image for the Mate X2 suggests that the phone could switch to a different folding screen design unless Huawei is being deliberately cryptic. It has a flexible panel on the inside and it quite similar to Samsung’s Galaxy Z Fold line.

Previously, Mate X phones had a single panel like Royole’s Flexpai devices wrapped around on the outside when closed.

Otherwise, there are not many details on the Mate X2 yet and it’ll likely have the same Kirin 9000 processor. This processor is also found in the Mate 40 Pro.

Lastly, there still a chance that Huawei probably still won’t include Google apps and services on board. This will limit the viability of the devices outside of China unless something changed with the new Biden administration.

Also Read: Three Major Portugal Telcos Will Not Use Huawei Despite Any Action From Government

Whatever the case may be but Huawei’s hardware is always worth paying attention to. For further updates stay tuned till its official release on February 22nd.

Google Commits to Accelerate Digitization in India by Investing $10 billion

Facebook Takes Action On Accounts And Pages Of Roger Stone