Release in US and NFTs, here are the latest updates of Nothing Phone 1!

Previously, Nothing teased a look at its smartphone Phone 1 ahead of the product launch on July 12. A London-based startup and tech company, Nothing was founded by Carl Pie, who also co-founded OnePlus and has a history of designing high-quality smartphones. Phone 1 has been eagerly anticipated throughout the world. According to the company, the phone will run on Nothing OS, which will distill the best features of pure Android. However, there are several things that you must know about the upcoming smartphone.

Nothing Phone 1 will not be launching in the US

The London-based startup Nothing is launching its first smartphone, Phone 1. The global release of the smartphone is scheduled for July 12, 2022. However, it won’t be available to Americans, who have been equally anticipating the launch. The company confirmed to CNET about its release.

The phone will reportedly skip Canada as well. According to a spokesperson, Nothing is aiming to launch a US-supported mobile in the future, noting that several investors will be able to buy the Phone 1 in the US in a ‘closed beta program’. According to Carl, Phone 1 will rival the iPhone. It will run on Nothing OS and will be powered by a Qualcomm Snapdragon chip. It will officially be released in India on July 12 as well and ahead of its launch, its prices in India have been leaked. Although the smartphone looks significantly cheaper than iPhones, it will seemingly offer a refreshed design.

Many official specifications details remain unclear, though a host of leaks have given us a fair idea. The smartphone will heavily bank on its design, and the back panel will feature a ‘Glyph interface’. The interface includes LED lights and will light up when the device receives notifications or when the camera needs additional light. Phone (1) also lacks a headphone jack and comes with wireless charging support. It is currently unknown whether the handset will have an IP rating or not. It is expected to have an in-display fingerprint sensor as well. 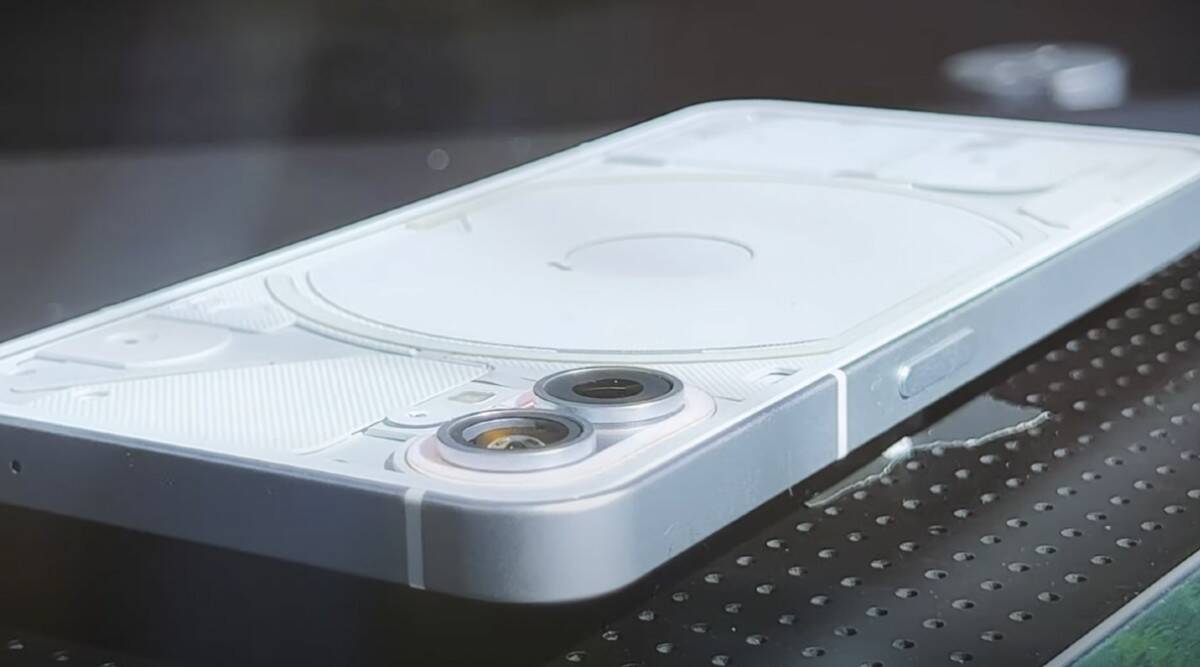 Nothing will airdrop NFTs to Community Investors

On 5 July 2022, Nothing announced that it will be airdropping NFTs to its community investors. The NFT is the first step in a collaborative effort with Ethereum scaling solution Polygon, to bring more Web3 access to mobile users.

Since its revelation in June, Nothing’s Phone 1 has gained immense public interest. Therefore, to reward its community investors, the brand is now launching an NFT titled “Black Dot,” which seems to be part of a broader collection under the name of “Dots.” The first release is only available to early investors while future airdrops will be rewarded to customers who preorder the Phone 1. To receive the airdrop community investors will need to log in to their Nothing account, connect or create a crypto wallet, and navigate to “My NFT Page” where users will find their “Black Dot” following the July 7 airdrop.