We live in a world of modern technology, and even though people have been saying for many years that their modern time is the best one, it is evident that there is no complete truth to that since technology improves all the time. And it should evolve.

One thing that became extremely popular in the last couple of years, or at least people talk about even not knowing completely everything about it, is Artificial Intelligence.

AI has enormous potential and will be part of our future for many decades to come. It helps in a number of things, from picture recognition, data processing, advanced web search engines, and understanding human speech – you have talked to Siri, right? – it is a bit strange but exciting. Also, self-driving cars like Tesla or playing strategic games are on the menu.

Artificial Intelligence is made by AI developers that can build AI functionality in software apps. And this is the main reason why we must be thankful to companies like Adeva that provide the best hiring global talent in software engineering that make our lives so much easier.

There is a lot to learn in order to understand AI, but what is essential to all of us is that it provides valuable advantages. Not everything has to be extremely intelligent or have high-tech purposes; AI also has a fun and engaging side, and here come the funny AI memes.

That is why here we will see the top 10 funny AI memes that are funnier than those created by humans. But before we get into it and see the funniest AI memes, first, let’s see how AI memes became a thing.

People that create memes should be concerned about how AI creates funny memes because it can easily outdo them, and this fact is impressive by itself.

The website ImgFlip allows users to make memes, but it also decided to have its AI-Based Meme Generator titled “This Meme Does Not Exist,” which uses machine learning.

It was launched in 2019, and there is no way you haven’t seen at least one meme on the internet since it has some of the most popular ones with Drake, Sean Bean from GOT and Lord of the Rings, Facebook memes, Leonardo Di Caprio memes from the Gatsby movie, and many others.

There are also other sites where you can find AI-generated memes, some of them are TweetMakers or InspiRobot, and many more you can easily find online. The only problem is that some are used to harass famous people online or spread fake news.

And this is an issue that will be dealt with probably in the future, but on the other hand, there are many funny and interesting memes, so let’s see the top ten best and most entertaining AI memes you can find online:

There are many memes made with the face of the Chief Executive Officer of Facebook, Mark Zuckerberg, but one that is extremely popular and funny is this one that indicates that the privacy policies of Facebook aren’t as private as we think they are. 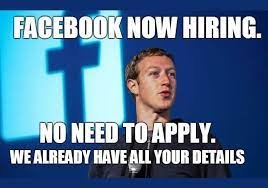 Drake is immensely popular for his music, but maybe even more popular because of all the memes made with him from the “Hotline Bling” music video.

This is one of the most famous online Drake memes describing the funny moment when you are not sure of liking a girl, but you “fall in love” with her dad. 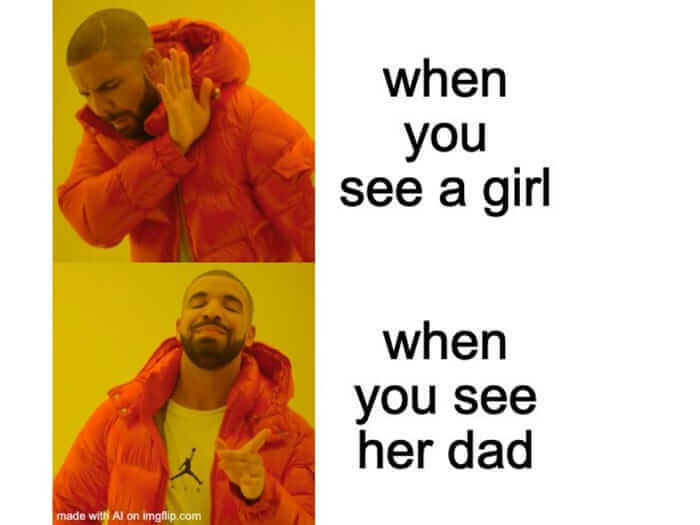 The Most Interesting Man in the World was an advertising campaign made by the beer-making company Dos Equis.

They decided to hire American actor Jonathan Goldsmith for the marketing campaign and made commercials with the famous line “I don’t always drink beer, but when I do, I prefer Dos Equis.”

Well, Jonathan probably wasn’t aware at all that this line would become even more popular because of its enormous usage for making memes online.

These memes are funny and honest in an authentic way, and they all start with “I don’t always“. Here is one that millions of people love to have a laugh about. 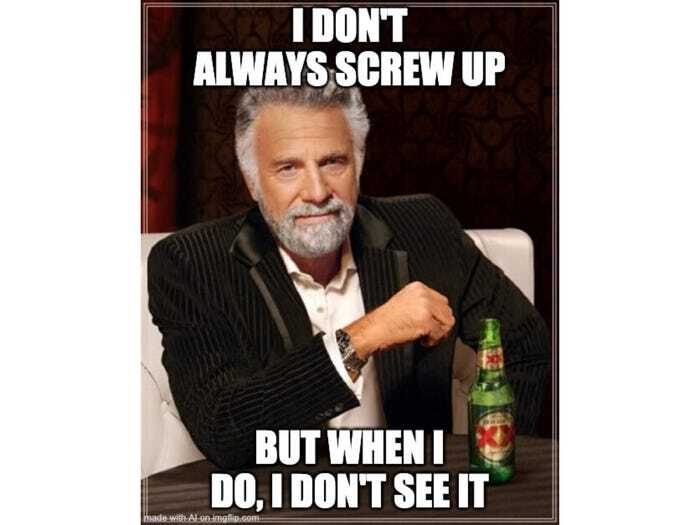 Sean Bean is one of the greatest actors ever, and he definitely became one of the funniest meme creating examples since he appeared on memes from a LOTR scene when he explains something.

Here is a Sean Bean meme from one of those “One Does Not Simply” that became immensely popular with the online community. 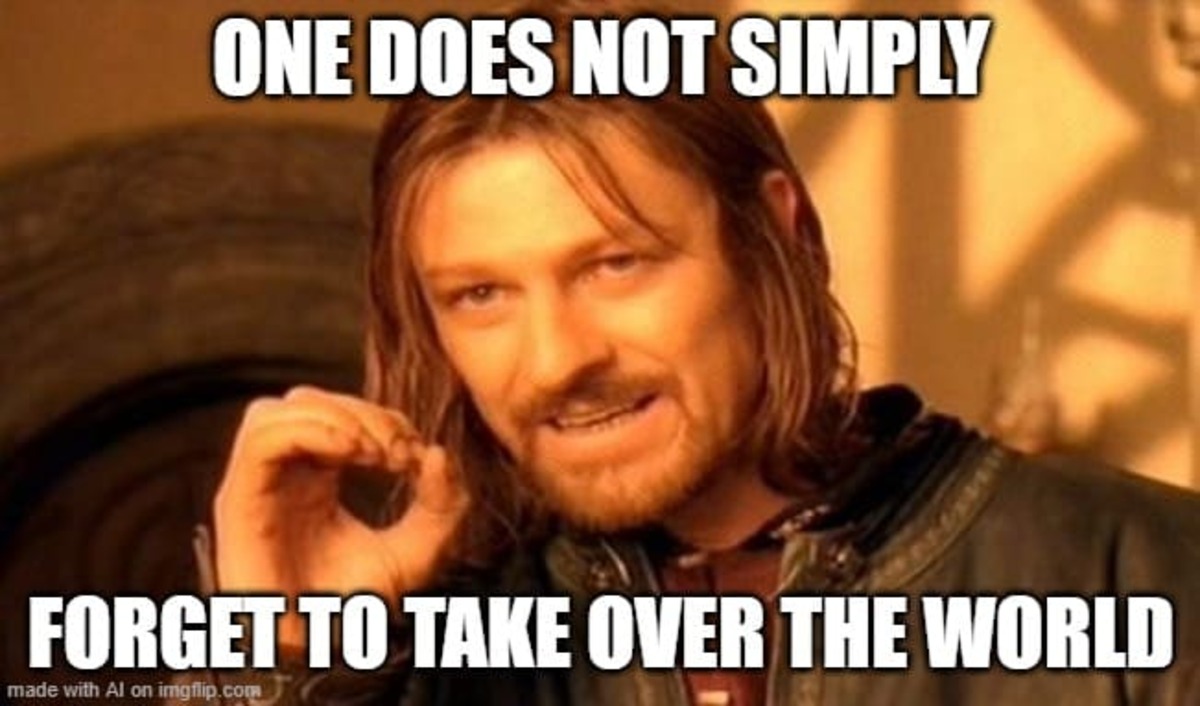 Yoda is maybe the most popular fictional character from the “Star Wars” universe movies, and it is the cutest creature you will ever see, but it is even more fun to see the Yoda AI memes like this one where it indicates Yoda says the famous Darth Vader line “The force is strong with this one.” 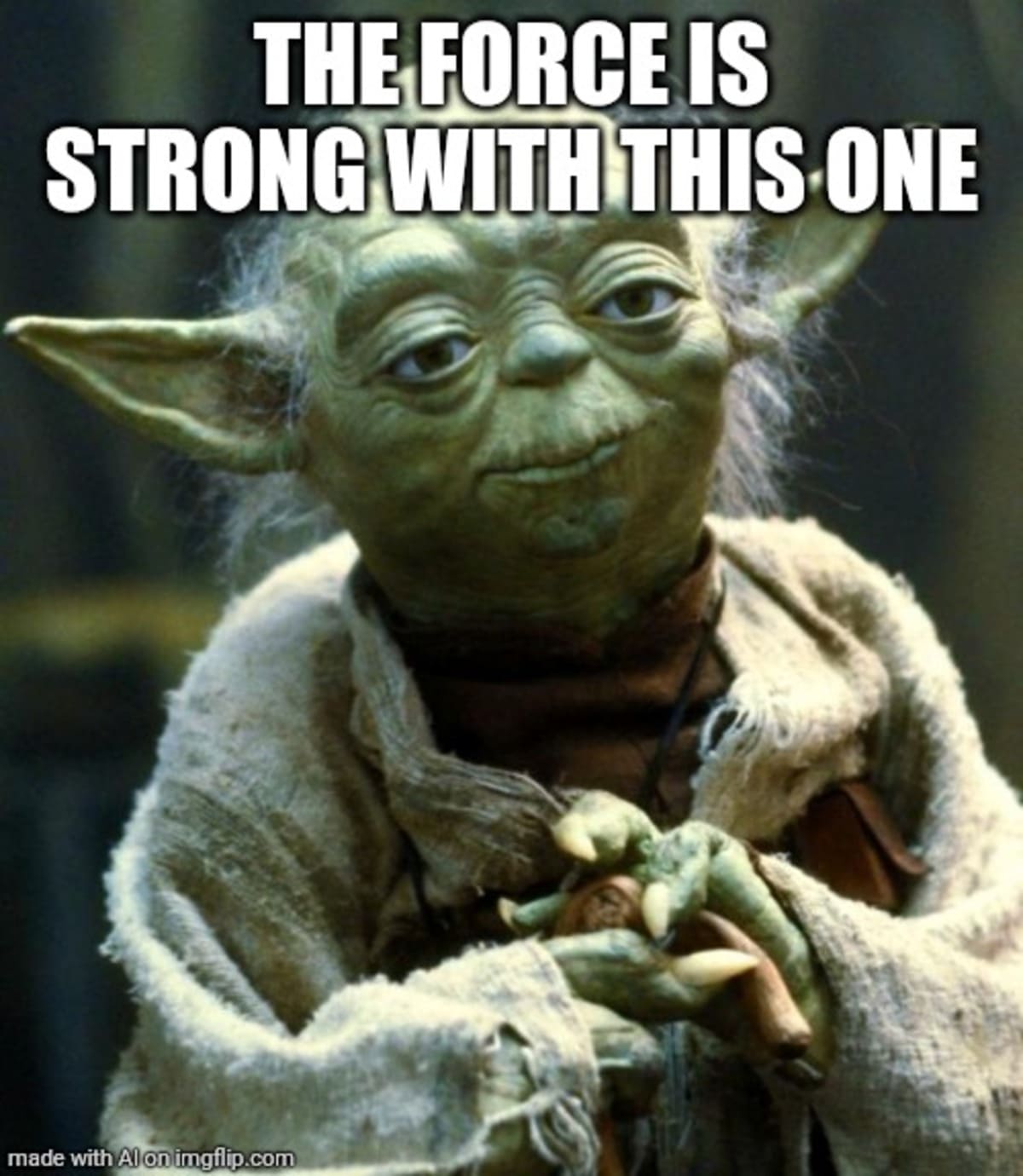 One of the most popular memes is the “Distracted Boyfriend” meme where a guy who walks with his girlfriend holding hands looks at another girl; of course, the high-level creativity makes all sorts of memes out of this, one of the best being exactly about memes. 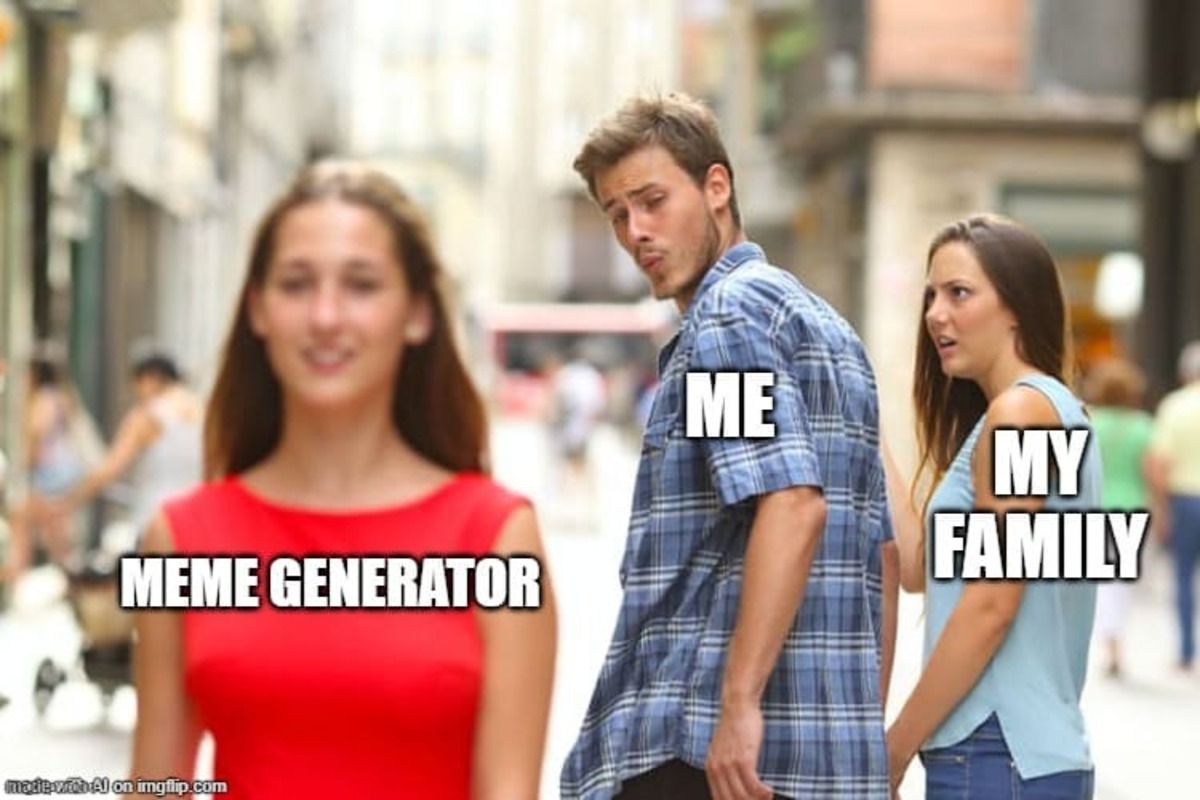 Batman and Robin are known for their collaboration in trying to save the world, but the meme world made a lot of fun of it in a different way.

Some of the best AI memes are with the image of Batman slapping Robin interrupting him for something he says. 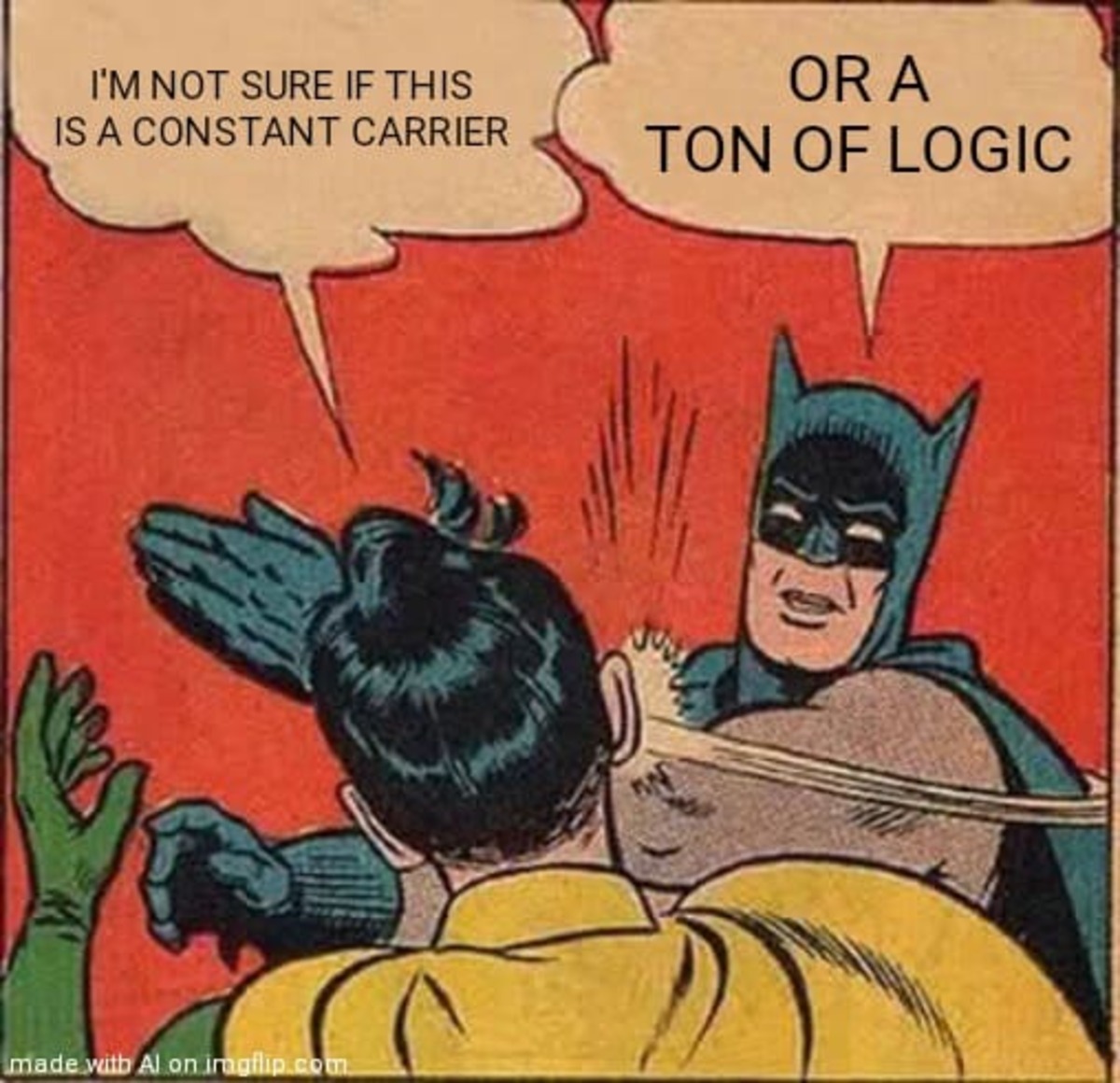 As you already saw from the previous examples, memes can be created out of anything, and some of them with the best honest humor are AI animated memes.

To give you an example, here is one that represents something that we all have felt at least once in our lives. 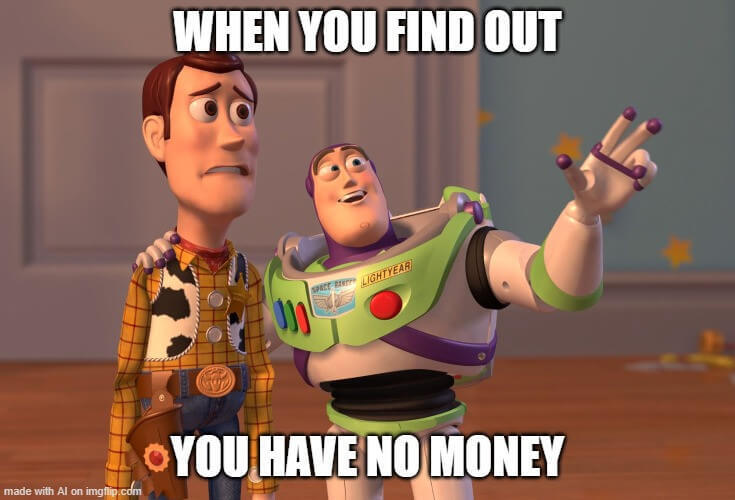 Many of us barely wait for the latest sequel of “Matrix” to come out, and the only thing that saddens us is that the legendary character Morpheus won’t be played by Laurence Fishburne.

But Laurence is known for playing Morpheus great and with beautiful charisma, and also known for great memes made with the famous line “What if I told you.”

Surprised or not, he actually doesn’t say this line in the movie. But it became iconic with AI memes like this one here. Most of them are funny, and some can be motivating too. 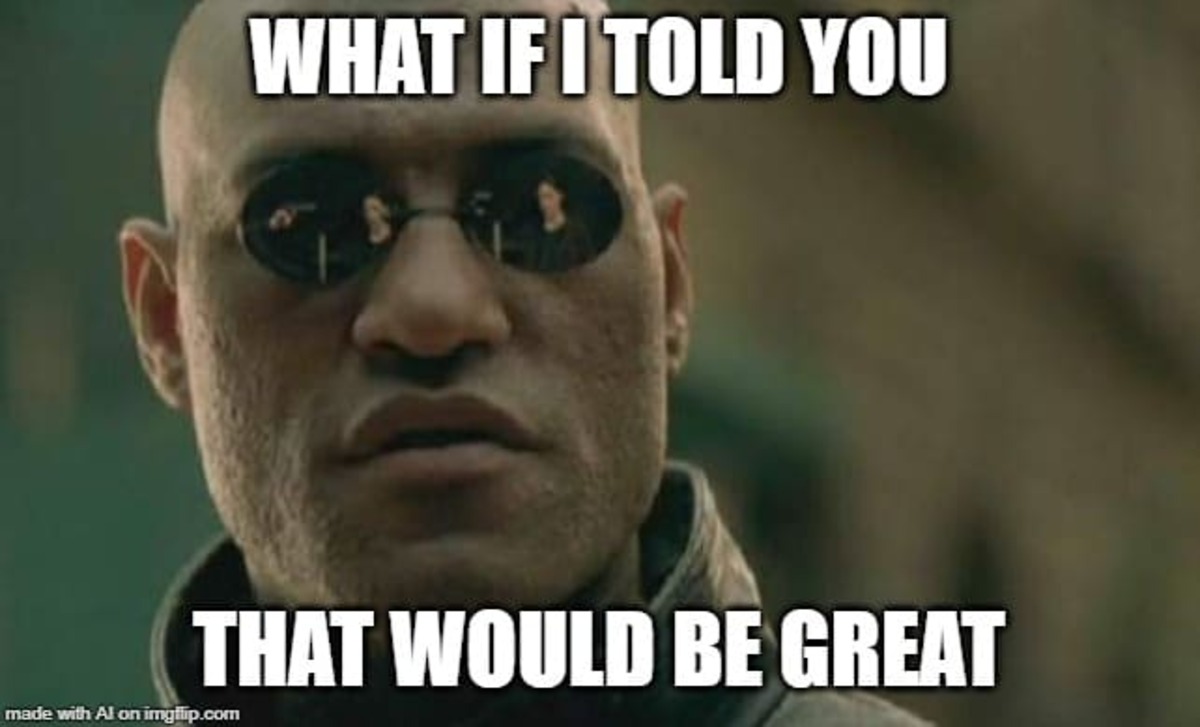 Last but not least, the legendary actor Leonardo Di Caprio’s characters also became some of the most used images from movies to create a meme.

From “Django Unchained” and “Inception” to “The Great Gatsby,” there are many AI memes created. Here is one to end this exciting list with Di Caprio as Gatsby, making a toast. 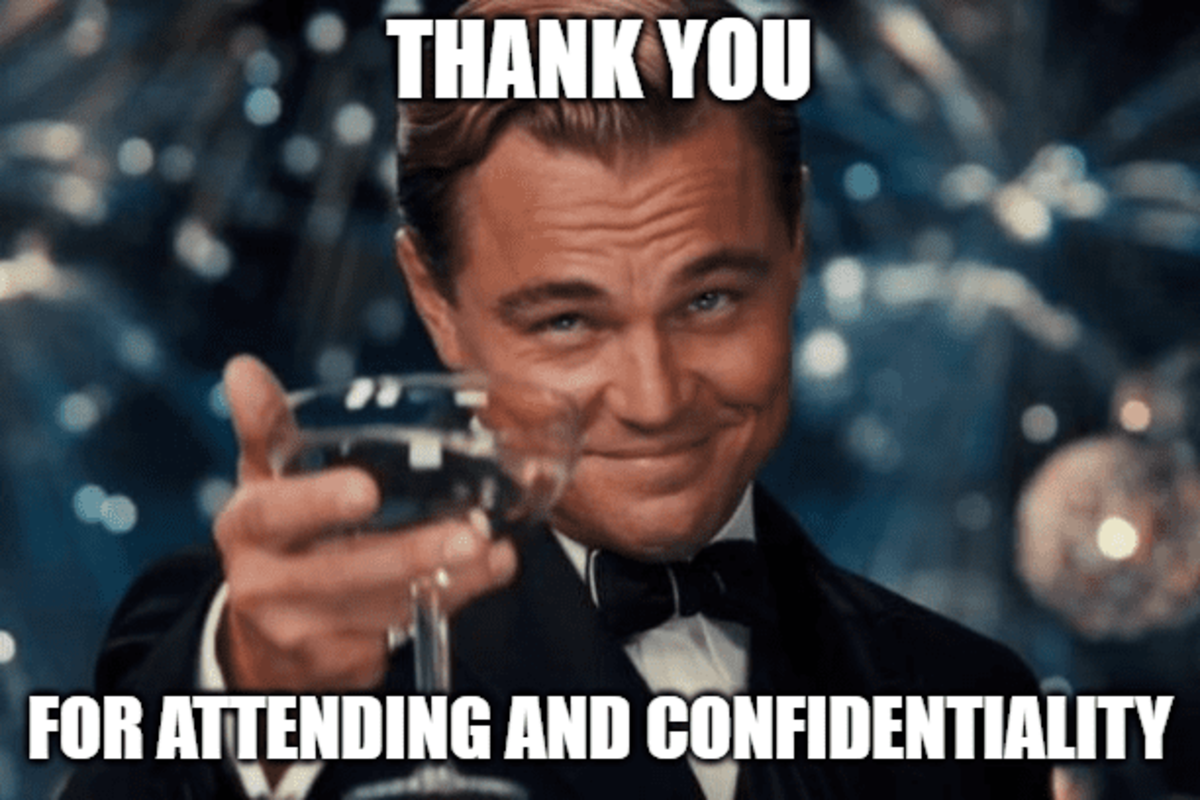 These are the top ten most exciting and funniest online AI memes. It is obvious that Artificial Intelligence is improving all the time, and AI memes are part of this interesting path.

Memes have always been funny, but AI memes are even more engaging since it is amazing how a ‘the computer’ can invent humor and especially one that makes humans laugh.

It sounds a little bit scary, but on the other hand, it is a fact that Artificial Intelligence is the future, and nobody can deny the continuous development of this technology.

Metodi Rizov is a content writer who is enthusiastic about machine learning, AI, and all tech-related things in the fast-spinning world we live in.

The 10 Best WordPress SEO Plugins for Your New Website