COVID-19 has changed everything from the way we live to our models of working, learning, and spending leisure time. The impact of the pandemic is reaching far and wide to impact every person directly. To subsidies the effects of the pandemic and safe guard lives economies have locked their citizens in the safety of their homes.

Nevertheless, lockdown came with its side effects. While some restricted the movement and exploited basic human rights others helped in finding safer ways to interact and work. People started to adopt newer and better technologies for working, learning, and interacting. However, surge in devices usage across countries simultaneous led to more urgent need for greater bandwidth capacity.

Let’s seen some stats to get a sense of why more bandwidth is critical, recently, Verizon estimated that between March 8 to 15 there was a 75% increase in demand for bandwidth. The company also said the usage of its video bandwidth usage was up 12% and virtual private network (VPN) was up by 34%. For the last week before March 15, web traffic was up 22% while declining voice usage was up by 25% due to growth in the numbers of conference calls.

Jessica Rosenworcel, Federal Communications Commission told CNBC that they are going to have a big stress test on their networks. There are a lot of potential points of stress and FCC has been putting several tailwinds in place for 5G deployment. She also added that FCC would pay satellite firms nearly $10 billion in incentives to boost access in rural areas by offering more wireless spectrum.

Companies and governments are increasingly shifting its focus to improve 5G infrastructure with the increase in demand. However, some unverified claims are leading to destruction of critical infrastructure and widespread panic. The most wide spread among others is that 5G mobile networks spread COVID-19. Viruses cannot travel on radio and mobile network waves and many countries reporting COVID-19 spread not even have 5G mobile networks. 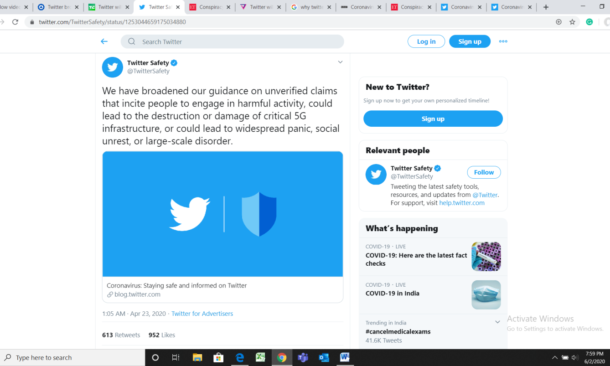 Even though this might sound absurd (which it is) it not only led to widespread panic but also lets to a series of attacks on mobile phone towers in the UK. This was myth was fuelled by the spread of false conspiracy theories on various platforms of social media. Professor Stephen Powis, national medical director for NHS England, called the claims outrageous and absolute and utter rubbish. He further added that it’s the worst kind of fake news.

In the wake of the spread of this news and the following mob attack on critical 5G infrastructure, Twitter, social media site, have broadened their guidelines on unverified claims leading to harmful activities. Such monitoring is aimed at to decrease the spread of false information about the COVID-19. 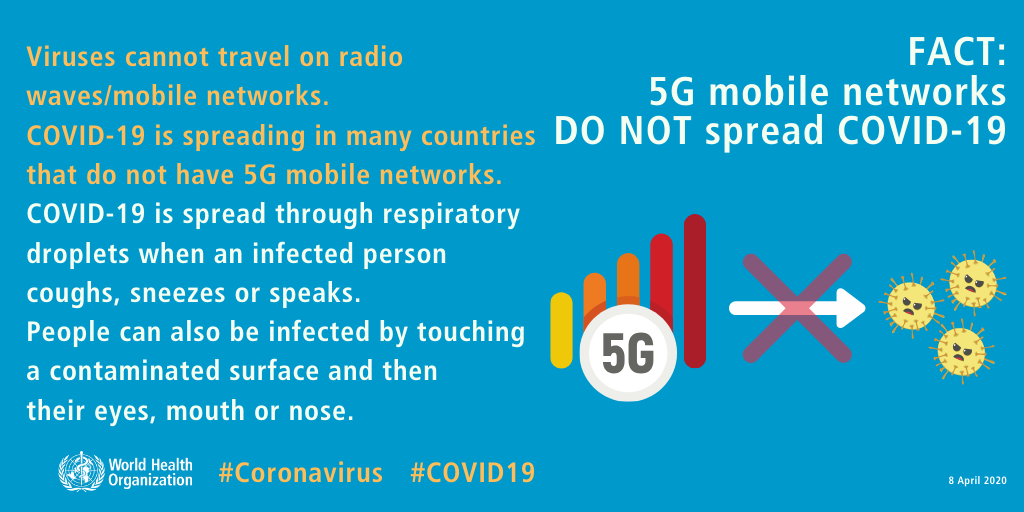 Company’s spokesperson told TechCrunch, that they want to prioritize the removal of COVID-19 content which has a call to action or could potentially cause harm. However, the company will not take action on every Tweet containing disputed information.

Twitter has reportedly removed more than 2,200 Tweets, since the introduction of new policies from March 18. They have also doubled down on automated systems on more than 3.4 million accounts. Accounts that were targeted were having discussions around COVID-19 with manipulative behaviors.

The note leave a fair amount of gray area open to the possibility of leaving some share of 5G claims that don’t potentially cause harm. For example, activities like property destruction seemingly caused in the name of 5G-related conspiracy.

Telefónica, Chosen Among Top 4 Leaders According to Transforma Insights