What Is GitHub Copilot? A New AI System

Last year, the release of GPT-3 by OpenAI took people by surprise. The system has an amazing ability to generate code from natural language prompts.

This brand-new AI tool was received with an equal amount of excitement and worry. But GPT-3 stool nowhere close to being a great programmer. While its notable feat was that it could understand an English text and transform it into code, but the hard truth was that it performed mediocrely.

This is where the story gets interesting- Soon after, Microsoft saw potential in GPT-3’s coding abilities. And soon enough, the software giant backed OpenAI to start developing another language model; a programmer AI. The new model would trade off the general language skills of GPT-3 for its coding abilities.

This “descendent of GPT-3,” is called OpenAI Codex which became the AI breakthrough in the field: GitHub Copilot.

Recently, OpenAI, Microsoft, and GitHub launched GitHub Copilot, an AI tool to help developers write code. The tool has opened the door to radical changes in the software industry.

However, the program is still new and is not available to everyone yet. Github Copilot will eventually improve as it ingests more data as with most AI applications.

If you are one of the many developers who are wondering, what is it exactly? Or what kind of support does it offer coders? Your search for answers is over!

In this blog, we are going to cover everything about Github Copilot.

Q1. What Is GitHub Copilot?

As you already know, GitHub Copilot is an AI-powered tool that aims to make coding simpler, faster for developers. The tool works by auto-filling code, speeding up the manual processes, and highlights potential errors that coders naturally do.

But its functioning doesn’t end there, the tool also suggests lines of code to autofill which include, adding basic functions. Backed by the OpenAI Codex, the tool is more adaptable and powerful than other similar tools including Kite and Tabnine.

Q2. How Does Github Copilot Work? 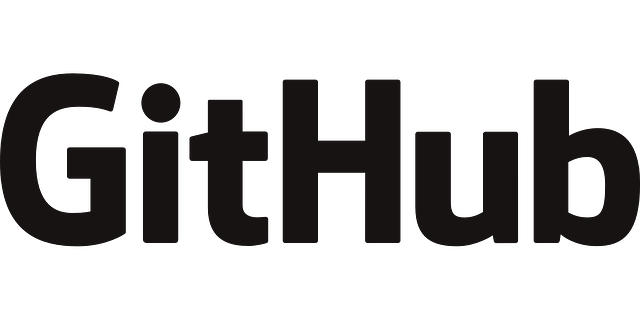 All the developers out there will agree with me on this: no matter how much time and experience you have with a language, there are certain tasks in programming that will be difficult and tedious.

This case becomes especially true when we talk about certain languages such as Python, JavaScript, Ruby, and others. These are very complex languages and more often than not there is a possibility that a lot of different things can go. This means that even a small mistake can have huge ramifications.

As the name suggests, Github Copilot is a copilot for fixing and improving codes. It is powered by an AI tool that has been trained with public source codes. These codes belong to a bevy of languages, including JavaScript, Go, Python, TypeScript, Ruby, and others.

Github Copilot is an intelligent and learning AI system which means that it will automatically become familiar with your style of writing codes over time. It will complement your processes and creativity.

The system will take your private code to analyzes and compares it with the OpenAI codex model and public codes on the internet. Then and then only, it will provide editing suggestions, context, and improved flags.

Ultimately, this will make your private code better, stronger, and more workable. Besides, the system understands human languages, meaning it can easily adapt to your coding processes and other habits.

Q3. Who is GitHub Copilot for?

Well, even though the system has only a few testers out, we can only tell you that the tool doesn’t exactly have a place in the field of development till now.

However, as the system becomes more widespread and is more openly available, it will soon be an excellent resource for programmers who are inexperienced and learning to code.

Furthermore, it is a great tool for those who want to learn a new language or work with some new frameworks. The system facilitates the process and makes it easier to spot missing content.

Github Copilot’s launch is exciting as, in the coming years, it will help with advanced programming and development. However, the system relies on the human element, still.

No, not anytime soon. With the release of every AI-powered technology, this question often arises. Let’s give you more insights on the situation: during tests using Python functions, the Github Copilot model made 43% correct suggestions on its first try. After 10 attempts, it still made 57% right suggestions.

Even though the tool got smarter all the time, these numbers are not ideal as a standalone platform. If we take a closer look, we can easily see that the Copilot still relies on the developer, to review suggestions and change the codes.

We all understand that this feat is an important one and in the coming years, the tools will become much more advanced and capable. Eventually, it may even replace developers, but if that is still years or many be decades away from happening.

Take the example of the content writing and copywriting space, though the same kinds of things are happening AI has yet to replace capable writers.

Today, Github Copilot relies not only on public sourced codes but also on your input. This means that It’s not actively creating code or software solutions on its own. To sum it up, the tool analyzes the tasks that you are performing and how you are performing them to provide an intelligent recommendation.

No. GitHub Copilot tries to understand generates code by trying to judge your intent, but the suggested code may not always work. The codes suggested by Copilot should be carefully reviewed and tested like any other code by the developer.

Q6. What Context does GitHub Copilot use to Generate Suggestions?

Q7. What Else Should Developers Know about Github Copilot?

Firstly, Github Copilot does not produce perfect code as it takes most of its suggestions from outdated functions, human-written content that may have bugs, and other similar sources within the suggested content.

“GitHub Copilot tries to understand your intent and to generate the best code it can, but the code it suggests may not always work, or even make sense. While we are working hard to make GitHub Copilot better, code suggested by GitHub Copilot should be carefully tested, reviewed, and vetted, like any other code. As the developer, you are always in charge.”

“GitHub Copilot doesn’t test the code it suggests, so the code may not even compile or run. GitHub Copilot can only hold a very limited context, so even single source files longer than a few hundred lines are clipped, and only the immediately preceding context is used. And GitHub Copilot may suggest old or deprecated uses of libraries and languages.”

Moreover, there are copyright infringement concerns along with intellectual property rights issues. There are also many legal ramifications that are questionable that are raised by developers on a Hacker News thread.

Now, it’s the responsibility of the developer to review amended code, to protect code in case it is accidentally used somewhere else. This might create more work in the longer run. Of course, you don’t want sneaking stuff happening in your projects.

While we are not here to debate on these concerns, however, we feel it is an obligation to point them out to our readers.

#1. What languages does GitHub Copilot Support?

GitHub Copilot works with a broad spectrum of languages, but the technical preview does especially well for Python, JavaScript, TypeScript, Ruby, and Go.

#2. How do I get the Most out of GitHub Copilot?

To get the most out of Copilot, divide your code into small functions, use names for functions parameters, and write good docstrings. It will also be helpful to add comments as you go. This is especially helpful when you are navigating unfamiliar libraries or frameworks.

#3. How can I Contribute to GitHub Copilot?

If you want to contribute to GitHub Copilot: Sign up for the technical preview and share your feedback. By doing this, you will help improve the models that power GitHub Copilot.

#4. What is GitHub Copilot Pricing?

Currently, there is no pricing available as the product is under technical preview. In the future, if the technical preview succeeds, the company will build a commercial version of GitHub Copilot.

Yes, GitHub Copilot is available for technical preview, you can follow the link: https://copilot.github.com/.

Which AirPods model should you buy in 2022?

Pros and Cons of Facial Recognition – Everything You Need to Know