What is Cryptocurrency? Definition, Types, and mining

Cryptocurrency has taken the world by storm. It is an innovative concept that can potentially change the way transactions are carried out, particularly in a digital environment where trust and security are paramount.

Even though new coins continue to emerge and existing ones get rebranded, modified, or even replaced, the market is growing exponentially.

Cryptocurrencies are either public like Bitcoin or private like Ethereum; there are several others in between. There are different types of cryptocurrencies —all with varying features and uses, making them harder to understand for first-time investors. Read on to learn more about Cryptocurrency, Cryptocurrency types, and mining.

Cryptocurrency is also known as virtual currency: a type of digital asset designed to work as a medium of exchange using encryption techniques to secure its transactions, much like how email or banking works today.

Cryptocurrency comes in handy when you want to buy goods and services anywhere there’s a fair online marketplace—without relying on a central authority like banks or governments. Instead, Cryptocurrencies use blockchain technology as their trusted transaction ledger, much like how financial institutions use checkbooks today.

How does Cryptocurrency work?

Cryptocurrency works through the use of distributed ledgers. This means that all the transactions in a specific virtual currency are recorded on a decentralized network. All transactions are verified and confirmed through a consensus-building process among network users.

This consensus process secures the integrity of the blockchain network and prevents illegal activities like counterfeiting by ensuring that every transaction is genuine and authentic. The concept of proof of work is a core feature that all cryptocurrencies must use to be secure. PoW is a consensus mechanism based on the assumption that it is nearly impossible to create a computer program that can find a solution to a particular mathematical problem. A mining process is needed to create new units of a cryptocurrency. For Bitcoin, this means solving complex mathematical puzzles that verify and record transactions into a public ledger known as the blockchain.

Mining for Cryptocurrency is only profitable when there are many people mining. And for it to be profitable, miners need more hardware power to solve more complex puzzles and verify more transactions. 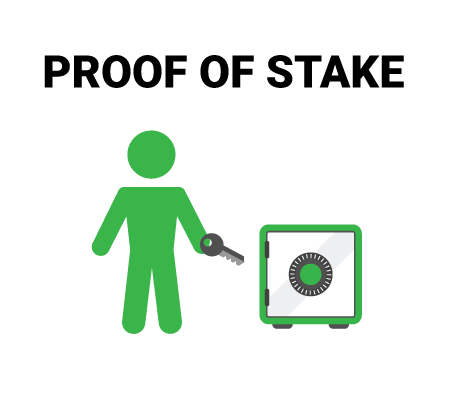 Like PoW, PoS is a consensus mechanism that is based on the assumption that it is nearly impossible to create a computer program that can find a solution to a particular mathematical problem. However, this time, the basis of the consensus is someone’s own reputation and not the amount of computational power used. This means that PoS relies on the honesty of other cryptocurrency owners, rather than the computational power of the owners.

PoS aims to solve the problem of centralization in Cryptocurrency. The problem is that cryptocurrencies can be extremely expensive to run, which is a huge problem in terms of sustainability and scalability. Mining for Cryptocurrency, for example, requires huge amounts of energy and equipment. PoS, however, does not require the same heavy-duty costs, which makes it ideal for smaller and decentralized cryptocurrencies.

Popular PoS coins include BNB, Cardano, Solana, Polkadot, Avalance, NEAR Protocol, among others. 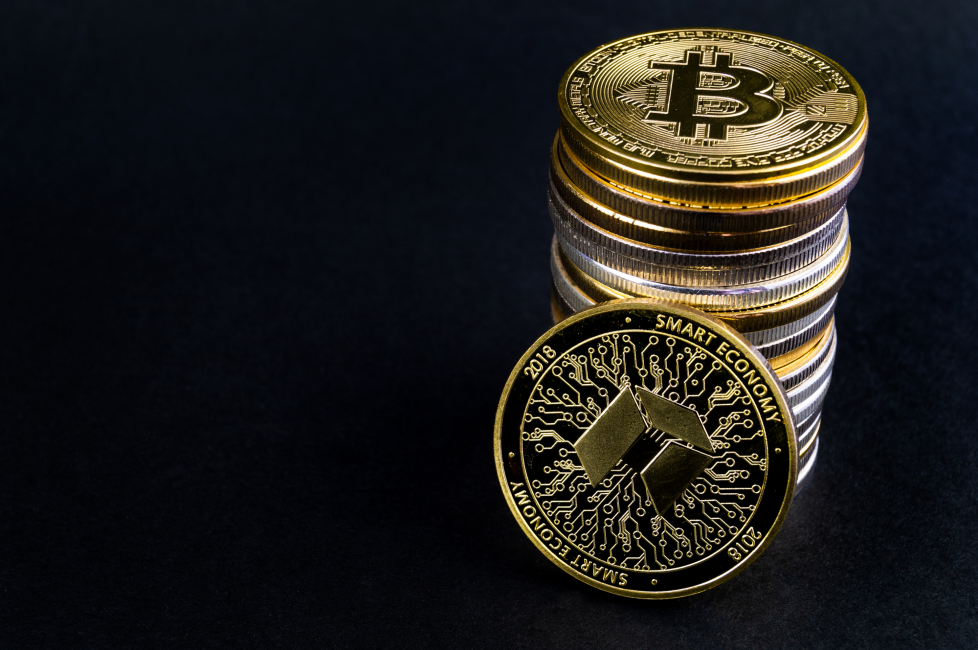 Tokens are mainly used in blockchain-based platforms, but they can also be used in other ways. For example, tokens can be used to gain access to certain systems (such as decentralized applications) or they can be used as instruments for the exchange of goods and services. For instance, Ethereum produces ERC20 tokens that can be used to pay for services and products that run on the Ethereum blockchain.

In addition, there’s a growing trend toward decentralized organizations (or DTOs) issuing tokens as a way of promoting community and funding projects. In this way, tokens are similar to equity-based crowdfunding, but without the regulatory and financial implications of equity-based investment.

Converting assets into a digital token on the blockchain is known as tokenization. Once tokenized, the asset can then be traded and exchanged just like any other cryptocurrency.

Tokenization is often used in relation to real-world assets, such as gold, diamonds, or real estate, making it possible for these assets to be traded freely across borders without having to go through a third party such as a bank or broker. In addition, tokenization allows everyday people to own these types of assets without actually having them physically present in their possession. As such, people in countries with unstable economies or currencies can own valuable assets outside their country’s borders without having them confiscated by their government or other forces that may try and take control of their wealth.

When you invest in a token, you invest in its potential to increase in value over time, which means that the value of the token is directly proportional to the popularity of the platform it is used with. For example, if a platform becomes very popular and widely accepted by users, then it could lead to increased demand for its tokens. With increased demand comes a price increase per token.

Tether USD (USDT), USD Coin (USDC), Binance Coin (BNB), and Binance USD (BUSD) are some of the most popular tokens. 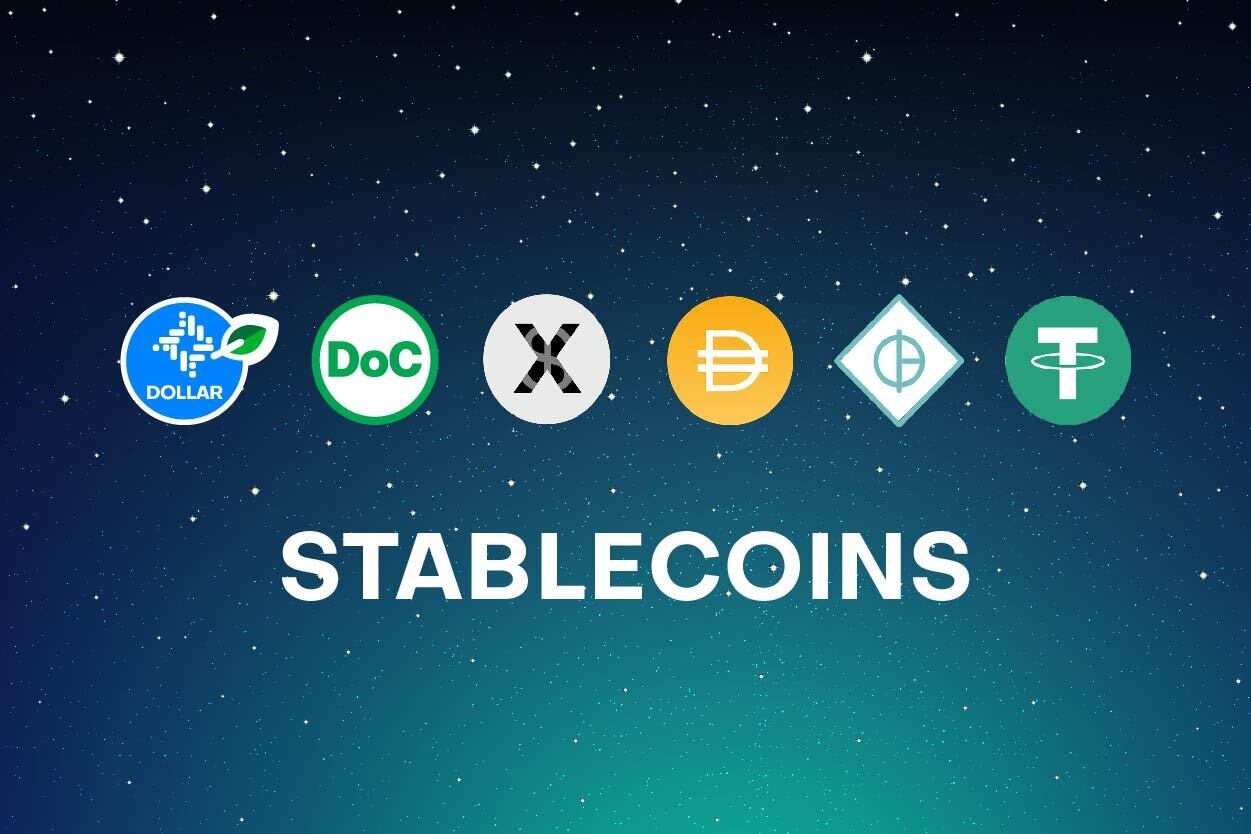 While traditional fiat-based currencies are usually backed by gold, government-issued coins are backed by nothing. As such, they lose value over time due to inflation and are typically only used in countries where the government’s currency is unstable.

Cryptocurrencies offer a solution to this problem, as they are decentralized and designed to be inflationary by design. However, inflationary cryptocurrencies lose value over time due to market volatility. Stablecoins are central banks for crypto, creating digital currencies that are pegged to the US dollar or some other reference asset. The goal of Stablecoins is to create a digital currency that is as stable as fiat money.

The collection of cryptocurrencies is also referred to as mining. Mining involves verifying transactions on the blockchain and trying to solve complex mathematical problems in order to earn new currency. The process can take time and can be difficult, but it is possible to make money even if you don’t have access to large amounts of capital or specialized hardware.

Cryptocurrency can be mined in the following ways:

Hardware: This involves purchasing specialized hardware such as ASICs (application-specific integrated circuits). This can be relatively expensive, but it’s also the most effective way to mine Cryptocurrency.

Software: Mining software runs on your computer and verifies transactions. This is usually free, but it may require some technical knowledge. It’s also easy to get started if you already have a computer.

Mining pools: These are groups of miners who combine their computing power. The reward is shared among all members of the pool, so you don’t need to purchase special equipment or software.

Once the mining device solves these problems, it can then validate the transaction on the blockchain and receive Cryptocurrency as a reward.

Cryptocurrency is a digital asset that uses blockchain technology to facilitate secure online transactions. It is decentralized, not controlled by any single entity or government, and is created and managed through the use of advanced cryptography.

The cryptocurrency was originally designed to be a means of exchange but has grown to play a pivotal role in financing various activities, including trade and investment, as well as paying for goods and services.

The rapid growth and popularity of Cryptocurrency show no sign of slowing down and it is expected to continue to grow in popularity and importance, both as a method of exchange and investment. Building your investment portfolio with cryptocurrencies is one of the best ways to diversify your wealth and grow your assets over time.

However, there are some cryptocurrencies that are already mature, meaning the price growth is expected to be rapid. Therefore, you can consider buying now. As a general rule of thumb, if the price of a cryptocurrency falls, it is a good sign. This is because it means more people are dumping the coin. You should buy bitcoin when the price is low and sell it when it is high.