Just a few years ago, Augmented reality (AR) was considered a nascent technology or a futuristic concept. But in fact, it has been around for more than 50 years now.

Before the pandemic, any normal person would have said that it will take years for this technology to become widespread.

We are still unsure if we are already in the future or the baby grew up to fast, but AR is here. And it’s changing the entire landscape of the gaming industry.

But, hold on! Before we jump into that, let’s first get an overview of AR or you can skip directly to the gaming world.

What is Augmented reality?

Augmented Reality is a digital version of the real world. It is achieved via the use of digital elements that stimulate the five senses.

In simple terms, Augmented Reality is a technology that places virtual objects in the real world to bring the digital environment to reality.

The ongoing pandemic has boosted the digital transformation and with that, AR has become a trend among all tech companies.

Today, the gaming industry has leveraged this highly interactive technology to make it accessible to everyone. The games are some of the best Augmented reality games. They not only engage users with fabulous graphics but redefines AR. 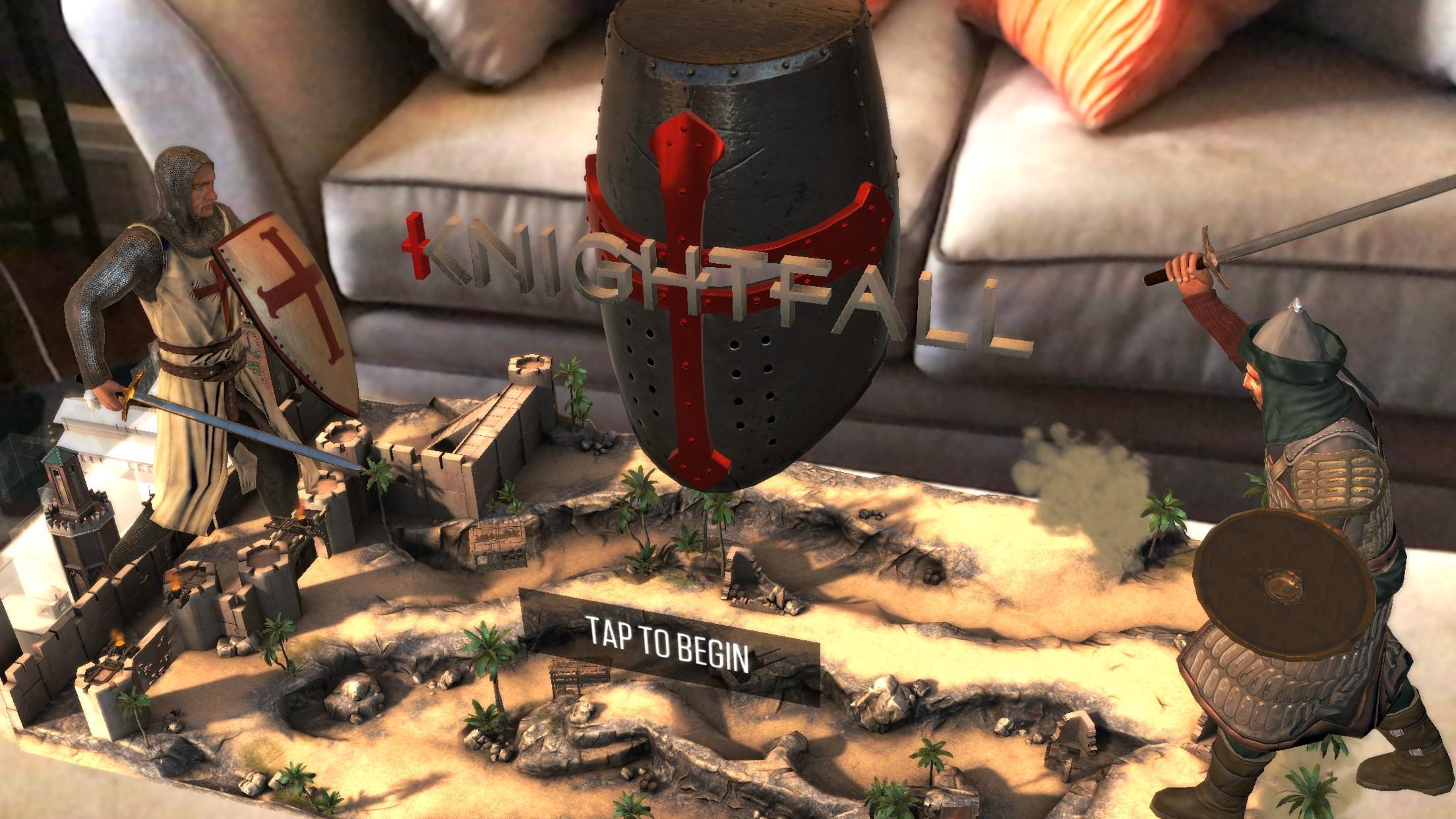 Knightfall AR is a battle strategy game that places you in the world of The Knights Templar. In the game, Knights and Warriors seek to defend the city of Acre from an invading army and protect the Holy Grail, Christianity’s most prized relic.

With this augmented reality game, you can dive into the world of Knights and Warriors. Your viewpoint will act as a targeting system that will allow you to fire at the enemy.

You can kill enemies, earn gold, and reinforce your defenses. You will win battles and succeed as you unlock more and more features and challenges.

These augmented reality games provide you with a live and action-packed experience. Moreover, the game enables you to choose a character, in the form of Photo mode, from the game and use them for your amusement.

Once you start using this augmented reality gaming app, your morning jog will never be the same. The app offers a thrilling adventure to users and is specially designed for those who love a morning jog.

The game throws you into the zombie-filled world. Here, you have to run and collect items simultaneously to survive the zombie attack.

The game has a motivational narration and plays music to boost your willpower and morning exercise experience. 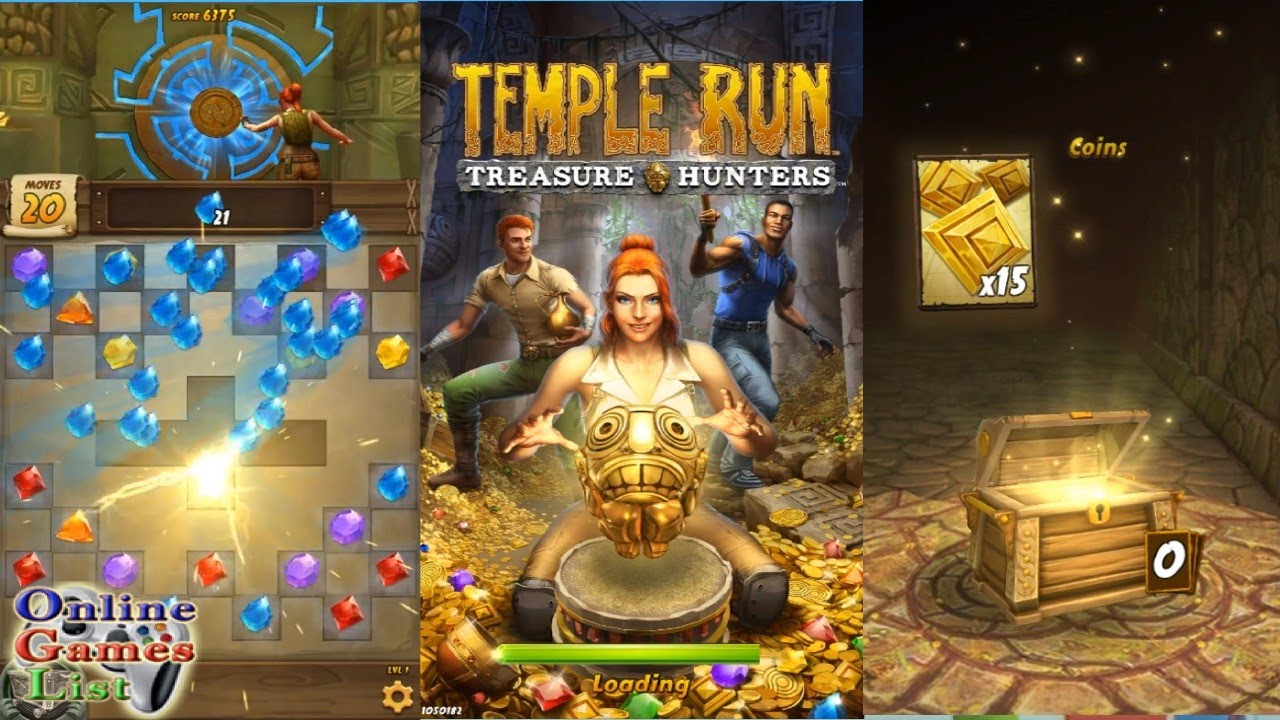 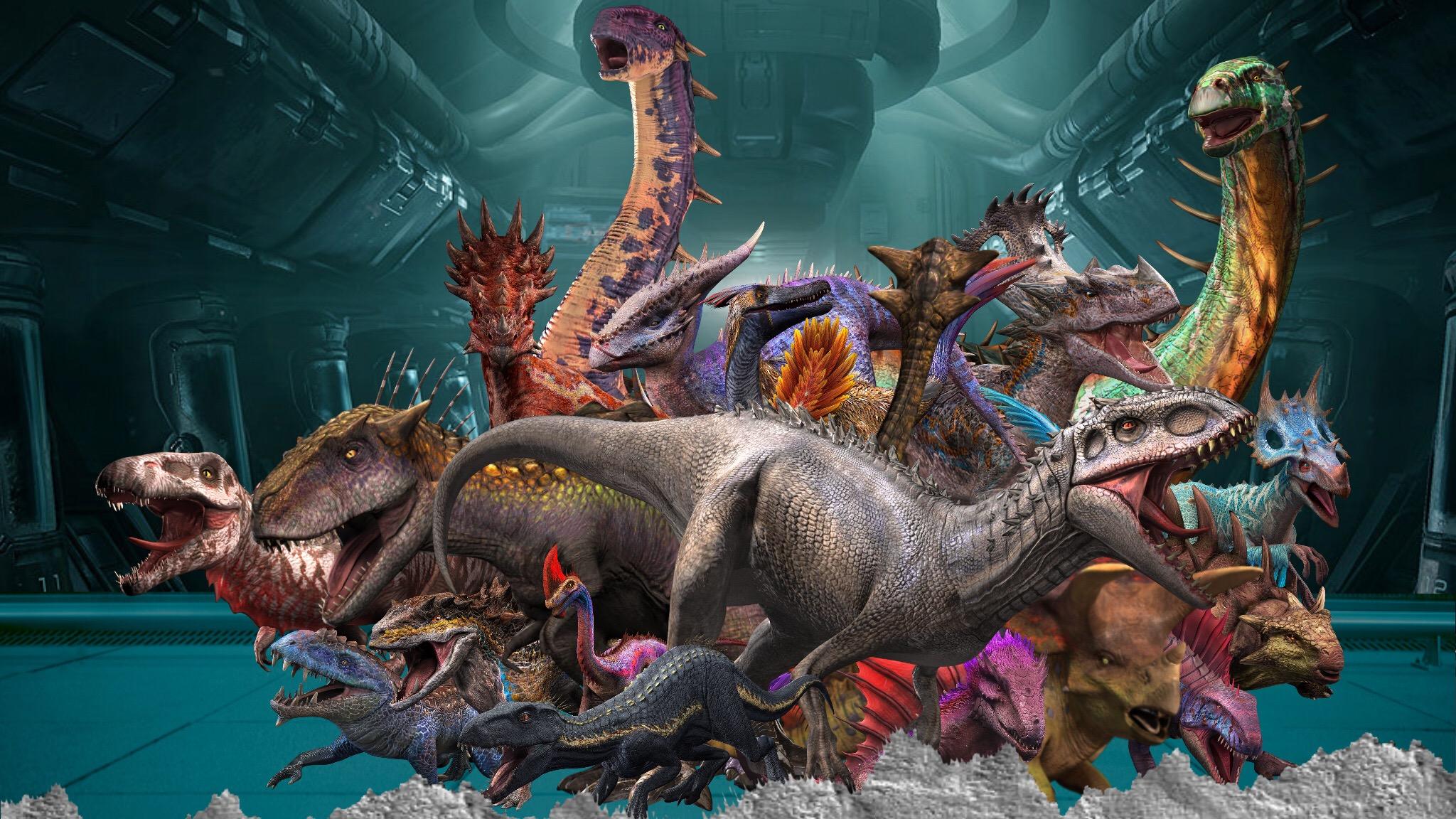 Are you bemused by the gigantic creature that walked the Earth in prehistoric times?

Then dive right in!

The Jurassic world will take you into a world of wild prehistoric creatures running free in modern civilizations.

This game will give you the freedom to explore different aspects of the Jurassic world. You will come across dinosaurs, mammoths, and Pteranodons and collect their DNA samples. The best part is you can even create your very own raptor.

Moreover, you will be able to share your creation and compete with other creatures in real-time.

With well-crafted graphics, this extraordinary augmented reality game is tailored to excite us. 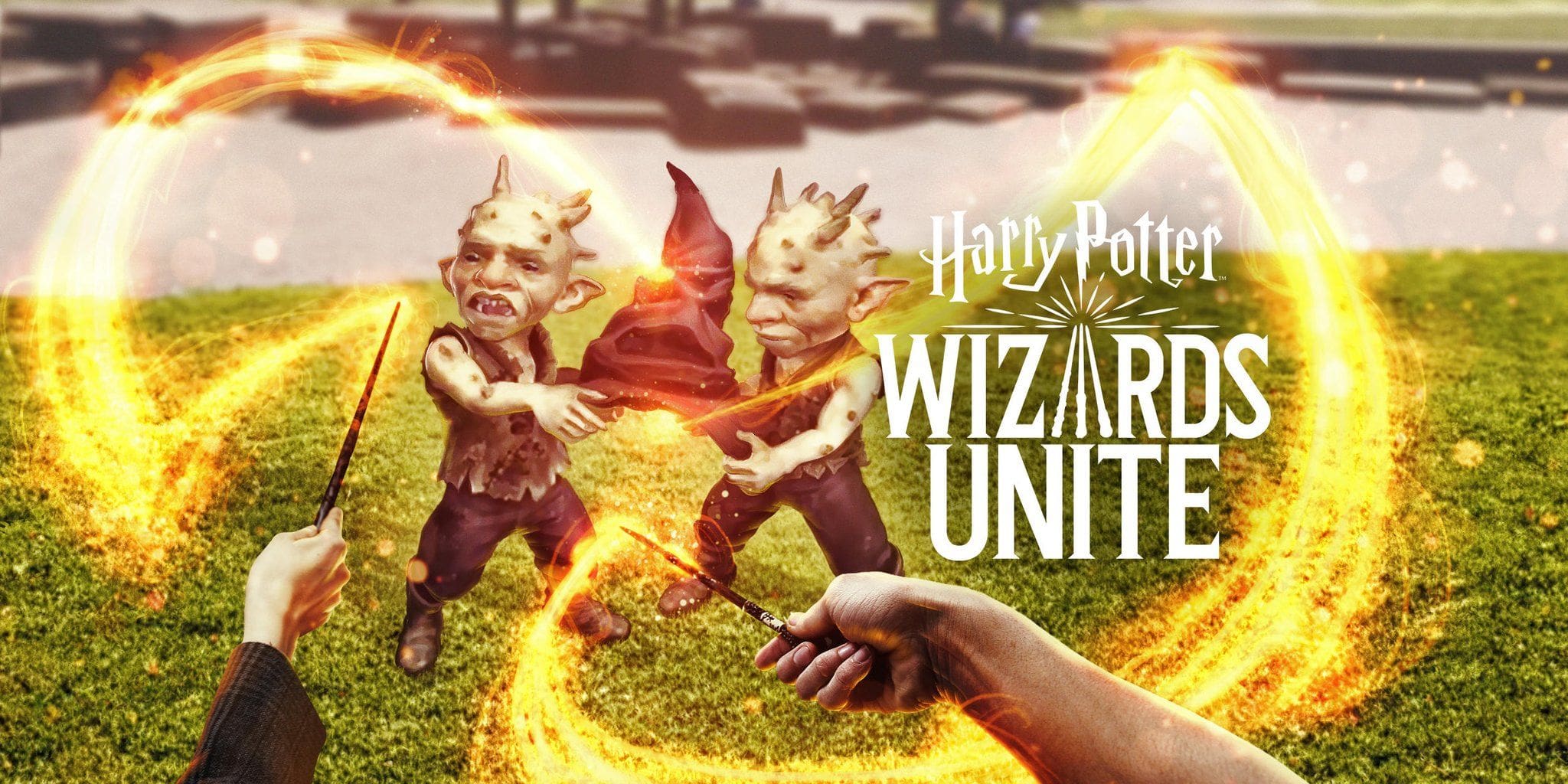 Are you a Potter’s head?

Harry Potter: Wizards Unite games is based on the world of Magic from the book Harry Potter. In the game, a catastrophe has struck the magical world of Harry Potter and all the Wizards must unite to solve this issue.

In the game, you can be a Wizard and must fight his way through enemies. This game is specially designed for potter heads, and fantasy adventure lovers. 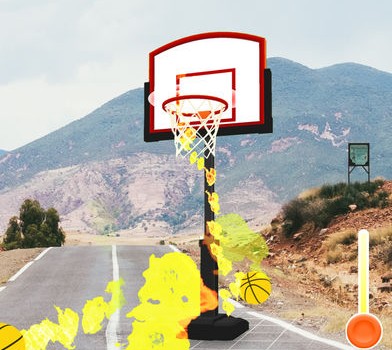 Unlike other games, this game is based on a simpler AR integration level.

AR Sports Basketball is a top-notch AR game where you shoot the ball in real-time at any location.

With different gaming modes, you can enjoy playing basketball in person.

Pokémon Go is the most well-known augmented reality gaming app. The game is extremely engaging, when it was released back in July 2016, it took the world by storm.

This AR game is known for its user experience and stunning performance. This game has become an inspiration for several AR-based mobile applications since its inception, which marks the turning point of the gaming industry.

The game brings virtual objects to life by offering a virtual battlefield in real-time. Here, you can see and capture Pokémon in your surroundings.

8. Shark in the Park

Shark in the Park is maybe one of the most fun AR games. The game will take you on an adventure to the depth of the ocean to explore incredible animals and interact with them in real-time along the way.

The game utilizes the phone’s GPS to enable you to walk while you explore the underwater life and gigantic creatures.

Also, this AR game uses smartphone sensors to sense your real-life movements. This means that if you move quickly in the real world, you do the same in the digital. 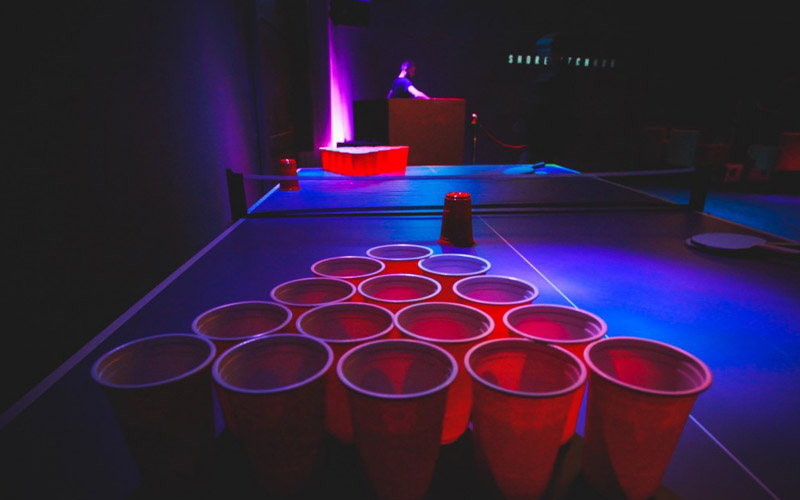 Beer Pong AR is the future of board games. The digital game reflects AR’s evolution for entertainment and experience.

This AR game enables you to choose the surroundings to install the beer. After the installation, you can throw ping pong balls by selecting the best angle.

The best part about the game, you ask?

Well, the AR game provides a real-time experience and you are not left with any mess after the game. This is one of the best-augmented reality android games. 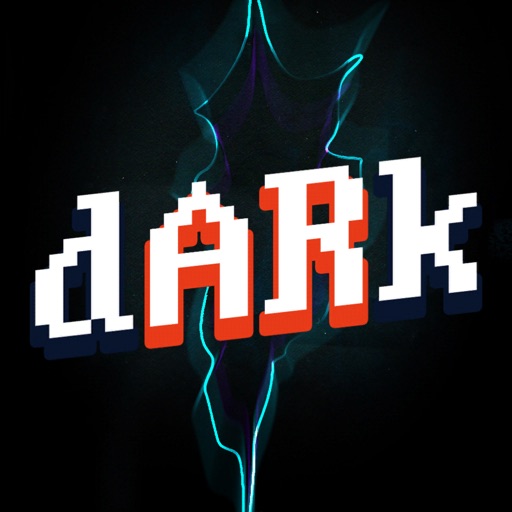 Dark: Subject one is one of the most intuitive augmented reality games which is filled with mystery and adventure.

This game is a horror story where you are the protagonist who is investigating the disappearance of a friend.

The game will give you a breathtaking experience by taking you beyond the portal into a parallel universe where you’ll find clues and try to solve the case.

The overall experience of the game is astonishing, and the augmented reality within the app is commendable. 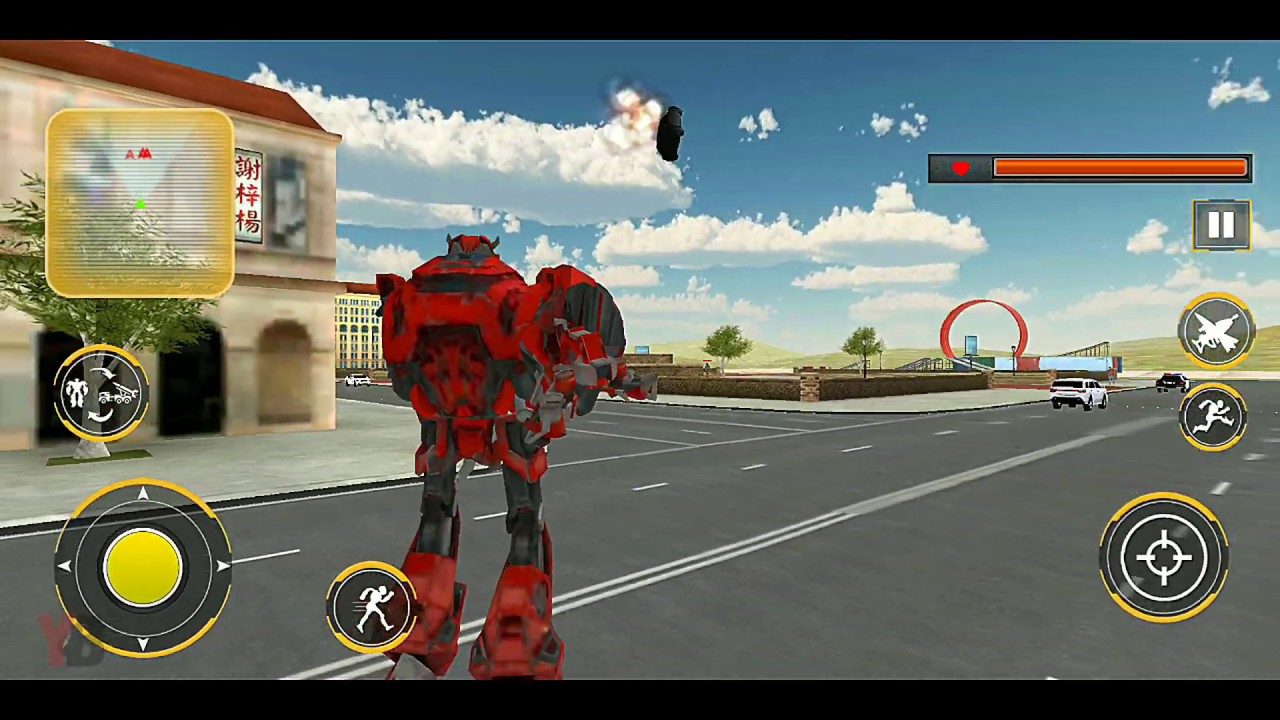 The game is also integrated with an immersive interface which gives exceptional performance. It ensures that you can enjoy destroying hoards of robotic enemies.

The game replicates the experience incorporating into the game by sensing how you move in the real world.

Zombie Gunship Revenant offers various types of weapons, including missiles, guns, and even rockets to shoot down zombies, while in a helicopter. This game provides a real-time experience for Android or iOS users.

GEO-Caching enables you to get to choose whatever type of game you want to play. It can be a horror game, treasure hunting game, or a shooting game. You can self-pick the game that suits you the best and then enjoys an amazing experience.

Geo-caching stands out with its treasure hunting persona that is a work of art in the AG industry. You can explore their surroundings and search for Geocaches.

This AR game is highly interactive and enables you to find geocaches and hide them again to locate them. 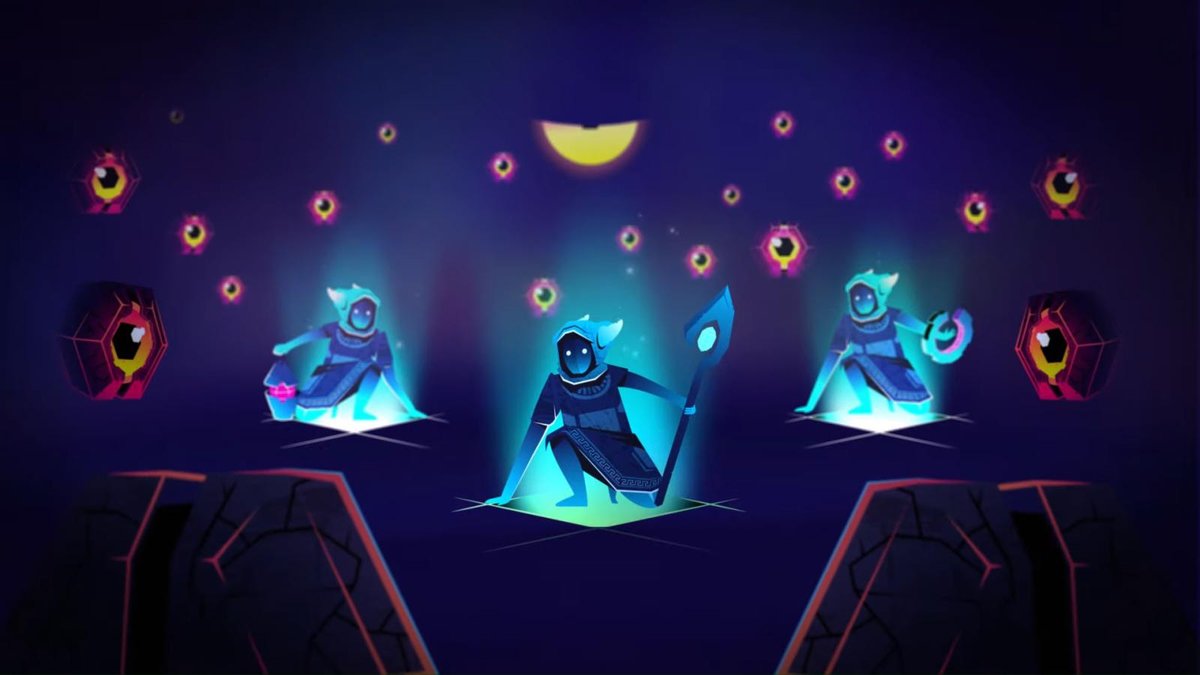 NightenFell: Shared AR is a multiplayer shooter game that offers mysteries. You have to solve spells to advance to the next level. Also, the spells in this AR game enable you to freeze time and defend the world from the comets.

We all have played Jenga in reality and now with social distancing on our tow, we can play the AR version of the game.

The game is similar to the original one and so are the challenges that come when the tower topples. And, if you trigger the tower you will lose.

Jenga AR is have everything from stunning visuals to access controls, you even get a multiplayer option.

King of pools offers you the look and feel of being physically present at the pool table. The game has stunning visuals, a unique premise, and a multiplayer option.

If you are tired of zombies and Pokémon, then this game is for you. So, now it’s time to defend the planet against an interstellar invasion

Invaders Attack AR is an augmented reality shooting app that takes you on a mission to destroy alien forces. This game is available for iOS users.

In this game, you will be the only hope to save humanity and your goal is to destroy the enemies before they land.

Neyon Clash is a strategy game where your real-life movements are synced with the character’s actions movements in real-time.

This AR game offers various modes such as Capture the flag mode, last man standing mode, and many more. The game is integrated with six different languages and supports the multiplayer function.

19. The Walking Dead: Our World 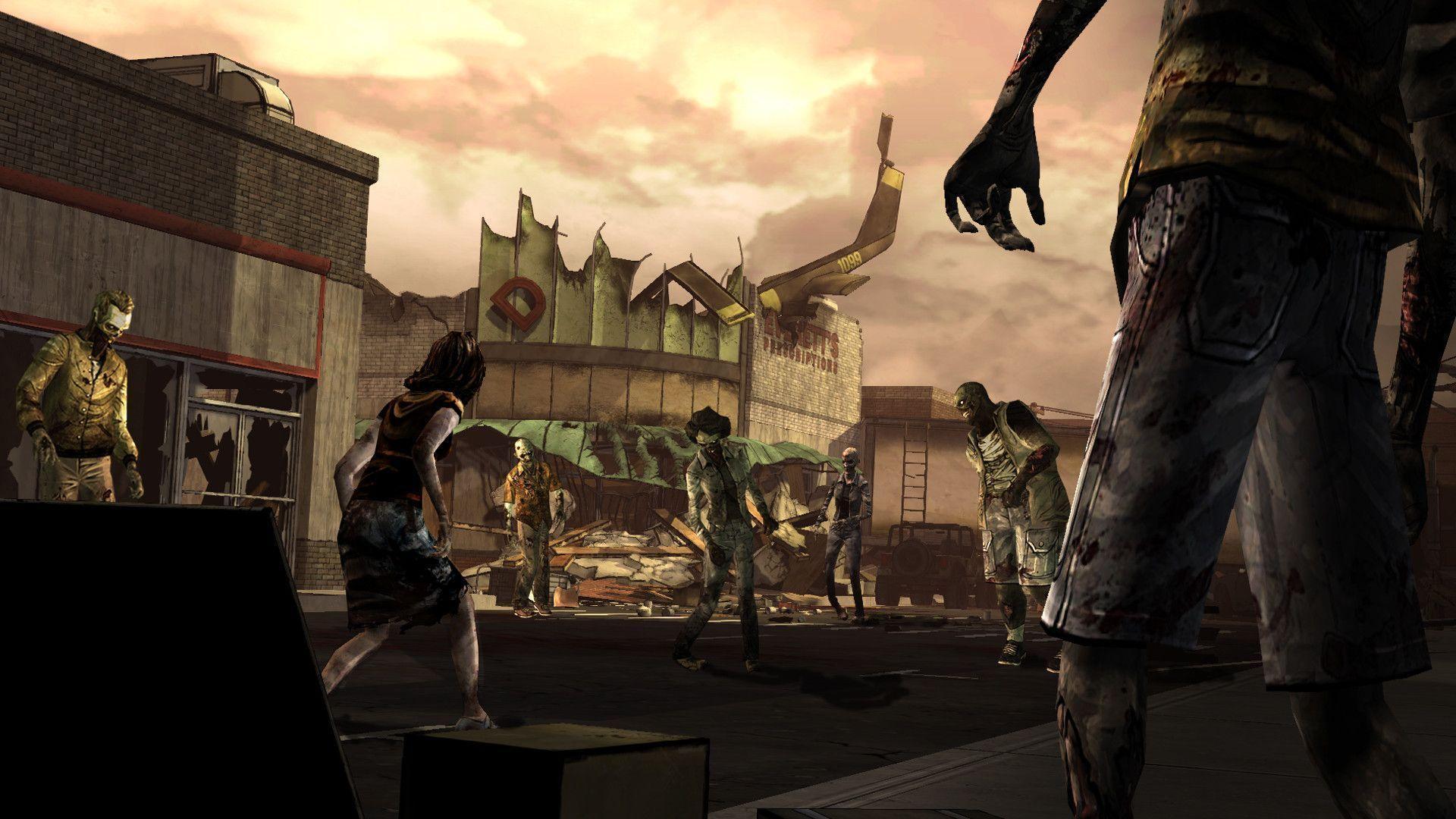 The Walking Dead: Our World is an augmented reality game where you can go around killing zombies. But what makes this game different is that you will be walking in the real world instead of a virtual one.

The game uses geolocation which means that the zombies and the social elements will change based on your location. The AR technology in the game seems realistic and hence provides an immersive experience.

Arrrrgh is a hide-n-seek game and you play the role of a pirate. The character is powered by augmented reality and has to hide the treasure within the virtual surroundings for other players to try to find.

Covid Pandemic has boosted the growth rate of augmented reality which is coming to life with every passing day.

The gaming industry has successfully leveraged this technology by adapting at a rapid pace. Today, you can enjoy the AR gaming experience from the comfort of your home.

The experience that real-time gaming is providing is more interactive than ever. So, take advantage of this wonderful technology and get into the world of gaming.

Shreeya Chourasia is an experienced B2B marketing/tech content writer, who is diligently committed for growing your online presence. Her writing doesn’t merely direct the audience to take action, rather it explains how to take action for promising outcomes

Small Guide on Benefit of Managing IT Services For your Business