Robotaxi Services: A Ride from Past to Future

The majority of cities today feature an odd mix of opportunity and pain. A city can offer you, your dream job but you have to wait around in traffic to reach it.

To solve one of the biggest problems running freely on city roads, engineers and scientists are leveraging AI and our good old cars.

And, they are taking us to the future!

On a sunny morning, a white car is parked on a side street in Chandler, Arizona. It’s a taxi patiently waiting for passengers, however, there’s something unusual about it.

Well, it has no driver sitting behind the wheels. 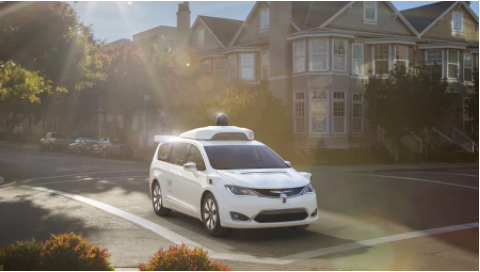 That’s how Waymo introduces paid robotaxi services in Arizona and California, in December without fanfare.

The company said that they’ll be using safety drivers for many rides while also having some robot rides.

With this major milestone in place, we can imagine just how fast we are approaching the future of mobility.  But, before we go further, let me give you a formal introduction to Robotaxi.

What is a Robotaxi?

Robotaxi, also commonly known as a self-driving tax, or a driverless taxi, is an autonomous car operated by a ridesharing company.

Companies including Cruise, Waymo, Zoox, DiDi, Oxbotica, Pony.ai, and AutoX are some of the top competitors in the market.

Even though there are quite a few Robotaxis on the streets (both being tested or commercially used), we are still unsure of how the future looks.

So, before we discuss its future, let’s first dive into its past.

History: When Idea Came into Being

The first self-driving vehicles came into being when ancient sailors got tired of wrestling with wind and waves. Later by 1891, Benz introduced the steering wheel in sailing ships and the rest is history

On land, when machines replaced animals, self-steering actually got harder. Motorization came at the expense of brainpower. Falling asleep at the reins was common among riders on horseback as their animals either dutiful followed the road or stop in their tracks. On the other hand, cars needed drivers to guide them every second. The growing risks combined with soaring popularity birthed the idea of a self-steering vehicle.

Despite this, at the 1939s World’s Fair, General Motors featured an enormous motorized diorama of an American city at the Futurama exhibit. Self-driving cars, trucks, and buses piled the free-flowing highways in bustling districts of slender skyscrapers.

By the 1950s, guide wires replaced radio and it was successfully demonstrated by RCA, the Radio Corporation of America.

However, advancements in artificial intelligence (AI) and machine learning (ML), have ultimately bought robotaxis into the realm of possibility in the past few years.

Present: Where Progress is Happening

After countless trials and errors, the future is here and ready to bring innovation to your doorsteps. The world is seeing autonomous vehicles in their late-stage testing specifically in the US and China.

Several companies in the market have moved past the human driving stage into fully autonomous testing. Waymo and AutoX are currently two companies that stand out with others, including Zoox, Nuro, and Cruise, following close behind.

Waymo had fully operational vehicles driving through the suburbs of Phoenix, Arizona as of October 2020. Moreover, its vehicles can transport individuals and navigate` through traffic by itself.

However, the company is expecting that the self-driving robotaxis will only gain popularity and expand beyond urban areas. Longer distances will be a new focus for the company.

For now, customers can experience the first public adoption of a fully autonomous vehicle.

Across the world, China is taking similar strides with the support from its online marketplace, Alibaba. A newer startup, AutoX, has progressed through testing stages on the streets of Shenzhen in China. 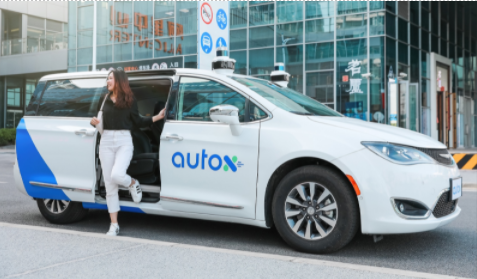 The company has yet not made it fully available to the public as they are still working on some last stages of testing. But, so far, their robotaxis have been successfully operating without a human safety driver.

AutoX’s cars use AI and have an innovative XCU control unit that has powerful computing and sensing capabilities. It helps cars react faster, switch lanes and navigate through traffic, and brake quickly when needed.

Robotaxis services, or autonomous ride-hailing services, seem like the endgame of autonomous vehicle technology. Robotaxi services are promising to reduce private auto use through autonomous mobility.

Besides, as most of these driverless cars are powered by electricity, they promise congestion and pollution-free streets. Robotaxi services can move more people with fewer vehicles at a far lower cost. This will be more viable than buying and maintaining a private car. 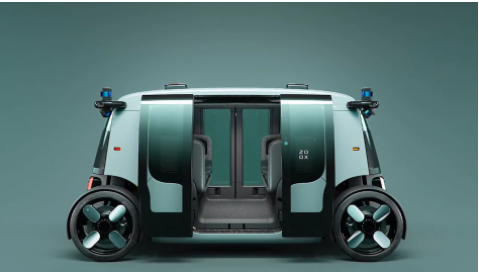 Still, a few concerns remain in the air. Primarily, the public will want to ensure that these taxis are safe as relying on a vehicle to do all the work alone is a reason to be wary.

However, National Highway Traffic Safety Administration says 94% of the accidents were cases due to human error. This stat proves that Robotaxis can help prevent accidents and keeping more people safe.

The next step will be to critically monitor and adjust safety features and protocols in these vehicles as companies do for regular cars. Alongside safety, they need to ensure that these vehicles are accessible with various designs as they should include everyone.

The final focus will be on sustainability. Companies are testing Robotaxi services in California and the conversation around electric vehicles opens up. Mainly because places like California have enacted a plan to phase out fossil-fuel-based cars by 2035 and other states will soon follow suit.

Robotaxi services or autonomous cars are set to become the new norm in the future. With the progress of companies including Waymo and AutoX, the future has become more clear and closer. Despite the uncertain times of pandemics, the industry is holding strong.

According to a report, the Robo-taxi market is anticipated to register a CAGR of about 120.52% during the forecast period by 2025.

Today, more and more people are focusing on contactless rides and deliveries alongside safety, security, accessibility, and sustainability. This new norm will ultimately catapult self-driving cars into the spotlight.

Though the work of automotive startups and corporations, work in the present, the road ahead holds many surprises.

Apple’s A15 Bionic Chip: Everything You Should Know

IT Security with Multi-Cloud Technology