Virtual reality (VR) is one of the most intriguing and amazing concepts. In the past few years, VR has really taken off, it has moved up the Gartner hype cycles. The VR industry is predicted to be worth $40 billion by 2020, and we are already seeing it impact sectors from retail to data visualization. Blockchain, meanwhile, is on a similar trajectory, somewhat earlier on the hype cycle in the ‘peak of inflated expectations’, but still predicted to become a $20 billion industry by 2024.

Back in 2010, Palmer Luckey created the first prototype of the virtual reality (VR) headset, the Oculus Rift. The creation seemed poised and raised $2.4 million on Kickstarter. Afterward, the company was sold to Facebook for a whopping $3 billion in 2014. Today, it is clear to everyone that VR has become much more than a gimmick. It can be a potential alternative to a portal into a digital world, making anything and everything possible.

In 2016, Michael Gallagher, the CEO of the Entertainment Software Association, predicted net market worth of $150 billion by 2020. However, in September 2019, a study of Fortune Business Insights suggested that the global market value of virtual reality has not even reached a tenth of that figure. Furthermore, the venture capital injected directly into VR tech startups has declined after peaking at $857 million in 2016 to fell at $280 million by 2018. Meanwhile, blockchain suffered an investment drop of 40% in China from 2018 to 2019.

The story of blockchain and virtual reality fails to live up to inflated expectations. As companies start to see the benefits of blockchain when combined with other technologies, VR has become one of the most beloved of all. The combination of two technologies into a single cryptocurrency-based economy yet seems to be one of the most compelling of the next decade. At first glance, the combination of blockchain and virtual reality might look like a bad attempt to force together buzzwords. However, to reach their full potential the two may need one another. Author of The Blockchain: Mapping the Decentralised Future, Simon de la Rouviere, believes that, ‘The more I think about it, the more I’m sure that once VR hits the mainstream, the blockchain will almost suddenly thrive much more in VR than in real life.’

Why Blockchain and Virtual Reality Need Each Other 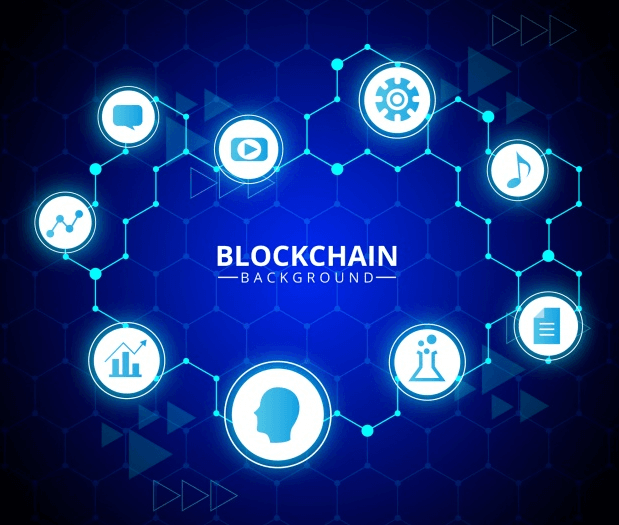 Tech companies are tempted to use virtual reality as a way to help people escape the harsh realities of day-to-day lives, however, its’s real potential lies in expanding human experience. VR holds the power to enables humans to experience an infinite number of imaginary worlds while never leaving the comfort of their homes. They can meet their long-distance friends and interact in ways that were not possible previously.

Today, developers can alter a VR as per their desire. In case they decide to shut down along with them the whole VR world gets shut down. It is also important that the developer controls a huge amount of personal information provided by players. Besides, some of the major tech companies including Facebook is taking control. This is giving them the control of yet another area in our digital lives, the monopoly on our virtual existence.

The combination of two technologies can decentralize virtual reality. It changes this dynamic by giving control of the online world back to the user. Let’s take an example of Decentraland, a startup making waves in the sector of Blockchain-based virtual reality universe. In Decentraland, users can purchase the plot of virtual land with the platform’s cryptocurrency called ‘MANA’. They can then build anything as per their liking such as a house or a virtual neighborhood and then populate it with unique virtual objects. They can host social events and even turn it into a profitable business. The virtual landowners in Decentraland can even monetize their worlds by selling or renting ad space in exchange for MANA.

The parcels in Decentraland are limited to ensure that they are not justify abandoned. This increases the value of the land if the platform gains traction. Transactions don’t require central authority or brokers because it is done using cryptocurrency. This also means that the users receive 100% of the compensation for their creation.

Last year, in the initial coin offering (ICO), Decentraland raised $25 million from 4,000 investors in less than 35 seconds for its MANA. ‘We believe virtual reality will flourish once users have a more prominent role in controlling their creations. Currently, the companies that create the virtual worlds own all of the content built by the users. They are the ones who profit, reap the benefits from the network effects, and have the power to undo, change, or censor what happens within the world itself. The true potential of VR might be realized, and certainly surpass what already exists, if this power were put into the hands of the users instead’ explained Ariel Meilich, founder of Decentraland. But, VR is not the only one who stands to gain from the blockchain. In a virtual world, if cryptocurrency is an accepted fact, it will normalize its use.

This might help people understand how it can function in the real world as well. In the virtual world, bitcoin is governed by incorruptible smart contracts is where you want to live in. In the coming years, many are suspecting a surge of people demanding the exact reality in the real world. People do not want corrupt governments and archaic governance anymore. Coronavirus can further boost this concept because of its social distancing and less contacting measures.

By creating a virtual world that entirely runs on the blockchain, can help provide a template for ways blockchain functions in the real world. Blockchain and VR’s boundaries are still nascent technologies. Nevertheless, when combined the possibilities for the two are endless. 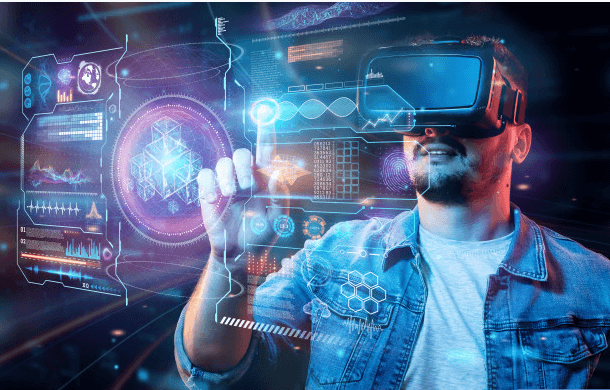 Blockchain and VR are both young inventions and are finding new applications with every passing day. As these technologies slowly drifting closer together, the market has already soughed several examples of unique and useful solutions combining them as the trend catches on.

As we saw earlier, Decentraland is a platform that claims its purpose in the fields of science, engineering, and more. The virtual world offered by the platform is accessible through any normal VR headset. It is hosted on the blockchain.

Players register themselves to participate and can use their cryptocurrency to record their irrefutable ownership. Players can develop virtual land with houses, businesses, or other services and monetize accordingly.

It transports the viewer through VR to places that they cannot get to physically. The place doesn’t have to be a virtual world. It enlists the combination of VR production and blockchain smart contracts. This allows anyone with a headset to attend live VR concerts and other events. They have even created a token and a token holder can vote for the acts they would like to see. The unique model of Ceek encourages users to get together in Ceek City to hang out, watch the show, or simply chat.

It is a unique blockchain-based solution, seeking to solve advertisement issues in the VR medium. It tracks a VR viewer’s eye movements through a custom engine. This helps them to determine the number of attention users is paying on sponsored content. On the basis of this understanding, they reward users and advertisers proportionately. Brands can create derivative tokens by developing their own VR experiences on the Gaze Coin platform.

This platform is for those people that are curious about the inner workings of the complicated blockchain. This platform enables the view experience of the working of blockchain in a virtual reality environment in real-time. The 3D rendering of the decentralized ledger helps put in perspective the organized network. Views are able to pinpoint exact transactions on the network as they move. It is an excellent tool for teaching blockchain and it’s free on the various platforms including Windows and Linux, which makes it made even better.

Today, despite several failures faced by both VR and blockchain technologies, possibilities are still being tested. Innovators are not just waiting around for the next best thing but are actively working to build it. Several large players in the field of science and research, are stepping to look for novel ways to leverage VR in their efforts to discover effective business solutions. The assistance of blockchain is enabling them to share information and data in a collaborative manner. This is due to the blockchain’s interoperability and security aid in interacting remotely. Using VR will both individuals and businesses with the enable it to transform experiences forever.

In the examples given above, each contributor is taking a different approach to incorporating these technologies. The possibilities for the future are endless and as VR evolves it will help blockchain offer new immersive experiences and development opportunities.

Cybersecurity Concerns Increases in This Pandemic

What is 6G Technology? (Everything you Need to know)